The Fastest Downhill on a Mountain Bike 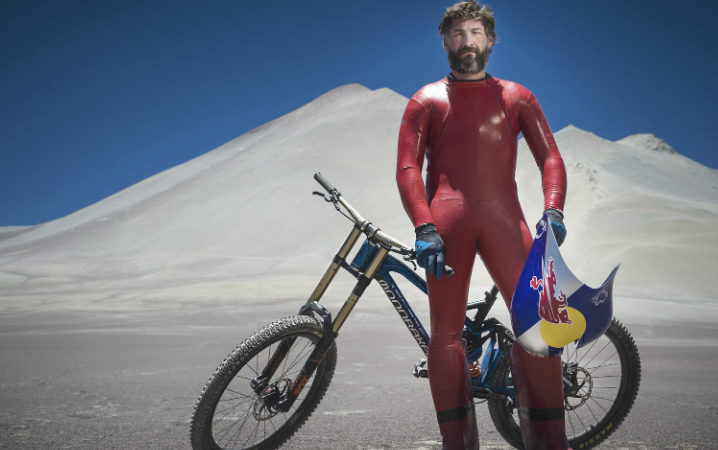 Fastest downhill on a mountain bike was established by Austrian cyclist Markus “Max” Stöckl in December 2017.

Stöckl and his six-man team decided to go to the Atacama Desert in Chile.

An inhospitable place, where there are only stones and boulders.

The Austrian athlete chose a desert with a mountain that is 3,972 meters high, in which there is a difference of 45 degrees.

From start to finish the distance was 1,200 m from top to bottom. Furthermore, this place was ideal due to its low resistance to the wind.

Max wore a special suit with an airbag, similar to that used by ski runners and jumpers.

The helmet was made by himself.

Of course the bike could not have been other than a downhill Mondraker.

Nothing was added or removed from the bike to make it faster. Stöckl tested the descent eight times to find the ideal line and see what speed he could reach to beat the world record.

In the attempt, a speed of 167.6 km / h was registered, for which the previous record was broken. It took Max 11 seconds and 650 meters to do this.

Stöckl was overcome with emotion after reaching the feat. “I am exhausted, even though it was only 20 seconds.

I cannot express my feelings.

Although you know that it is only 10 or 15 km / h faster than in the training test, just see yourself at the top, look down and feel the adrenaline …

It is an unforgettable moment.